An interview with Jorge Luis Borges (1984) 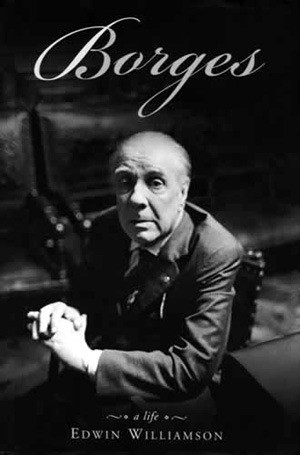 THE DESTINY OF BORGES

From an interview with Jorge Luis Borges, in Habitus 03, conducted in 1984 at the University of Buenos Aires by philosophy professors Tomas Abraham, Alejandro Russovich, and Enrique Man. Translated from the Spanish by Jennifer Acker.

JORGE LUIS BORGES: In the beginning, bereshit bara elohim, no?

BORGES: No, the gods created.

TOMAS ABRAHAM: Today, philosophy invites poetry to a discussion. We have a poet—

ABRAHAM: A supposed poet, then, of whom we can ask what relationships exist between philosophy and poetry.

BORGES: Some time ago I said that philosophy is a fantastic branch of study. But I didn’t mean anything against philosophy. On the contrary, it can be said that it is exactly the same as poetry, although the syntax is from two distinct places, and that philosophy deserves a place in the order of aesthetics. If you look at theology or philosophy as fantastic literature, you’ll see that they are much more ambitious than poetry. What works of poetry are comparable to something as astonishing as Spinoza’s god: an infinite substance endowed with infinite attributes? Every philosophy creates a world with its own special laws, and these models may or may not be fantastic, but it doesn’t matter. I’ve entered into poetry, and also fables— that is, I’m not a novelist. I’ve read very few novels in my life; for me the foremost novelist is Joseph Conrad.


I’ve dedicated my life to reading. My father showed me his library, which seemed to me infinite, and he told me to read whatever I wanted, but that if something bored me I should put it down immediately—that is, the opposite of obligatory reading. Reading has to be a happiness, and philosophy gives us happiness, and that is the contemplation of a problem. The world continues to be more enigmatic, more enchanting. For me reading and writing are two equally pleasurable activities. When writers talk about the torture of writing, I don’t understand it. For me writing is a necessity. When I was young, I thought about what I considered the heroic life of my military elders, a life that had been rich, and mine—the life of a reader—seemed to me a poor life. Now I don’t believe that. The life of a reader can be as rich as any other life. Suppose Alonso Quijano had never left his library, or bookstore, as Cervantes called it, I believe that his life reading would have been as rich as when he conceived the project of turning himself into Quixote.

For him the latter life was more real, for me reading about him has been one of the most vivid experiences of my life. And since I have committed the indecency of turning eighty-five, I confirm without melancholy that my memory is full of verses and full of books. I can’t see past the year 1955—I lost my reader’s vision—but if I think about my past life, I think of course about friends, lovers also, but I think most of all about books. My memory is full of quotes in many languages, and I think, returning to philosophy, that we are not enriched by its solutions, as these solutions are doubtful, they are arbitrary, but philosophy does enrich us by demonstrating that the world is more mysterious than we thought. Now other questions, and I hope I can answer them with fewer digressions, more concretely. But clearly, I’m a little nervous. I’m very timid. I’m a veteran of timidity. I was timid when I was young. Now that I’m eighty-five, I’m seriously terrified. [Laughter.]

ENRIQUE MARI: Among the important philosophical enigmas, in spite of the fact that there are many, there is one—

BORGES: I would say there’s nothing else—

BORGES: For me death is a hope, the irrational certitude of being abolished, erased, and forgotten. When I’m sad, I think, What does it matter what happens to a twentieth-century South American writer? What do I have to do with all of this? You think it matters what happens to me now, if tomorrow I will have disappeared? I hope to be totally forgotten. I believe that this is death. Yet perhaps I’m wrong, and what follows is another life on another plane, no less interesting than this one, and I will accept that life too, just as I have accepted this one. But being younger, I would prefer not to remember this one in the other.